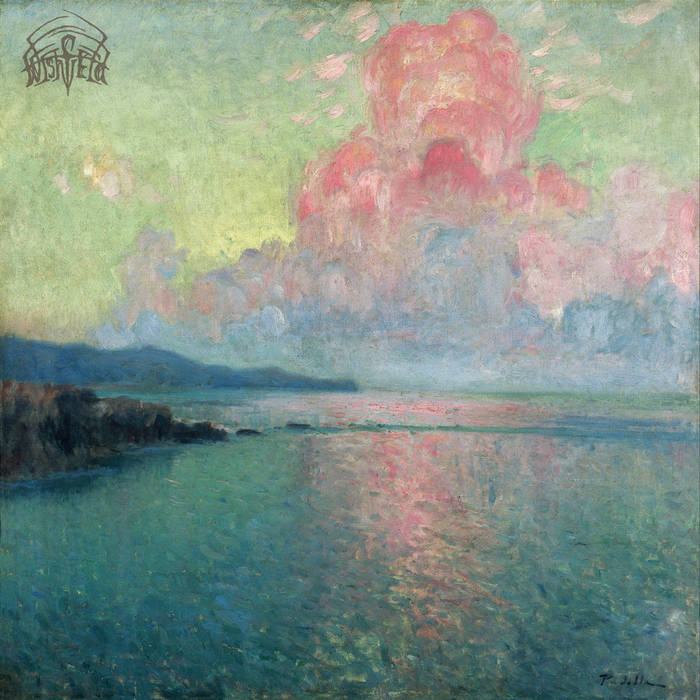 sawtongue This band is doing something special. I am floored, and bought it IMMEDIATELY upon hearing 45 seconds of the first track. The power and tenor of the vocals from Mariah really set this apart, while the fretless instruments are used to full effect, creating a dizzying aray of riffs and licks. The drummer is incredibly apt at adapting to these frenetic shifts.

All in all, added to my list of top ten releases of the year. Eagerly await the Tape in the mail! Favorite track: The Fishbowl.

Riff Spreader This is a very intriguing mix of genres and styles that should not work, but somehow it's kind of perfect. The album starts out as post-black metal and then suddenly evolves into a heavy alt-rock/shoegaze concoction. There's a lot of aggression and beauty to be found here. A truly unique album that I'll be coming back to a lot.

PS the beginning of the first track sounds like someone playing black metal with a vacuum cleaner, so there's also that.

As rich in aesthetic experimentation as it is in sonic exploration, Wishfield’s self-titled debut features an unusual marriage of influences that might seem to have no chance of successfully harmonizing: 90’s alternative rock, black metal, shoegaze, and pop. The band - birthed from an instrumental partnership between Nick Stanger (fretless guitar) and Andy Meyer (fretless bass), with Theo Galekta on percussion and Mariah Timm on vocals - meld these influences with an intuitive level of musical composition that allows the polarizing styles to feed into one another through improvisational bridges that reject a definitive time signature. The end result is beautifully organic and personal, unrestricted by the usual endless series of edits and re-recordings. This clarity allows Wishfield’s debut to forge a deep-rooted connection with the listener, as we follow paths carved by the music instead of the musicians, creating definitive lines that their fretboards eschew.
The ambiguity of Wishfield’s sound shines through in the opener “Something,” wherein a spiraling descent of distortion from the guitar opens up to Theo’s sporadic drumming and couples with Mariah’s screams to root itself in the appearance of black metal, then abruptly changes pace on the next downbeat to a more cosmic, spiritual head-space of Radiohead-esque alternative. A good portion of the band’s raw and unusual sound comes from the production layered onto the guitar; the timbre is metallic as a tin can yet in no way abrasive. On the contrary, it bolsters the sense of organic flow present in their instrumentation, stripping away all superfluous effects to create a symbiotic relationship with the hands that play it, and crafting experimental interludes (“Earth, Venus” and “Swimming, Dreaming”) that at times seem pulled directly from Wishfield’s stream of consciousness.
This isn’t to say that you’ll find no moments of pure aggression on Wishfield. The main riff of “The Fishbowl” walks a strange line between classic blues-inspired rock and hardcore - very energetic yet chaotic, with Mariah’s vocals making it one of the most monstrous moments of the record. The fury in her voice, the nakedness in the face of life that she expresses, is amplified by a shift in instrumentation to an off-kilter, atonal space mirroring the unhinged emotion she expresses. Emotion itself plays an enormous part in this album, with the track “Nothing” acting as a dark twin to the opener, utilizing the same components and lyrics with a new, sludge-inspired tempo to create a subterranean level of despair.
There is no clearly defined way to enjoy this record. There is no one stylistic path or presence found here. Wishfield is a product of personal exploration and allowing music to create its own life - a feat rare in today’s world, and one that makes Wishfield’s music a welcome reprieve from the norm.