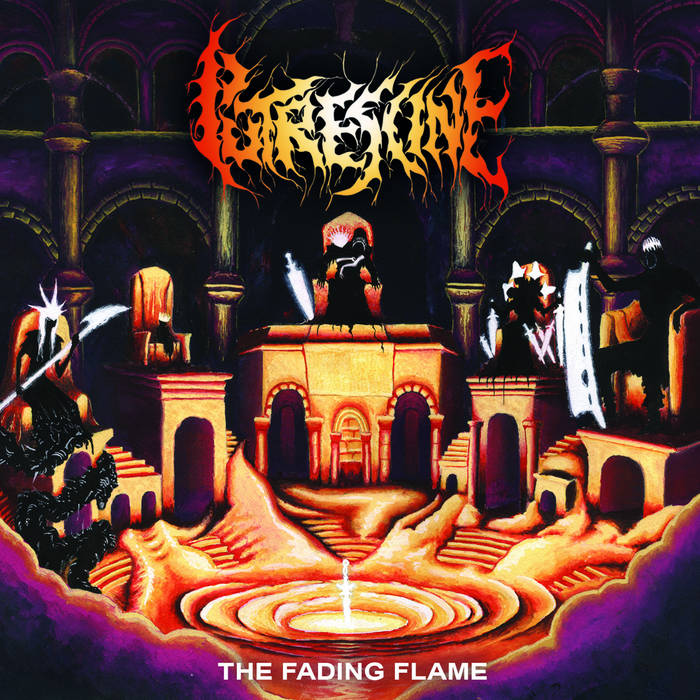 Jenn Taiga A true masterpiece. I don't say nice things about guitar music often, but I truly believe is a game-changer in contemporary death metal. I'm not gonna gush about how phenomenal it is because I don't believe that my words can properly do it justice, so instead I highly recommend that y'all pick it up for yourselves.

Plus, the drumming is top fucking notch. Favorite track: That Mountain.

Melodic Divinity Refreshing and bewildering death metal with a novel approach. Incredibly strong debut album from this new band. Definitely some of the most forward-thinking modern death metal out there right now. Favorite track: That Mountain.

SalireAlleStelle Fast-paced, powerful, and all about Dark Souls 3? I'm obsessed. Truly a gem of a band.

PUTRESCINE will release their debut full length album via Tridroid Records this coming March. With EPs and singles already under their belts, The Fading Flame sees the death metal trio flex their musical muscles over ten tracks of progressive, pummelling extremity.

Recorded in early 2020, with the band’s own Zac Sanders taking on production duties, the three-piece crafted an abrasive and chaotic communiqué that takes inspiration from the genre’s all-time greats - Carcass, Morbid Angel, At The Gates. With American death metal seeing something of a resurgence in recent years, PUTRESCINE’s latest offering cements them as part of that invigorating revival, thanks in no small part to the songwriting chops of Trevor Van Hook and Marie McAuliffe.

Proudly antifascist and known to wear their hearts on their sleeve, it’s no surprise that the lyrical themes on the album are often deeply personal in nature. Vocalist, Marie, elaborates: “That Mountain is about surviving trauma and was written at a very low point in my life. Outsider is a bitter cry against the well off queers who historically sold out the gay rights movement and killed its radical element. It's a message about class unity being more powerful than liberal concepts of identity.”

Inspiration also comes from other places; the stunning album artwork is an interpretation of Firelink Shrine from Dark Souls, created by Carlos Agraz. The thrones and the creatures on them represent the Lords of Cinder - who are a notable influence on the first tracks on the record.

With hopes to play live as soon as circumstances allow, PUTRESCINE’s live line up has already been fleshed out by the addition of a live drummer and bass player. The Fading Flame looks set to propel PUTRESCINE forward and into the record collections of discerning death metal fans the world over.

The Fading Flame will be released via Tridroid Records on March 26th on LP, CD, and cassette.

Viola on "In a Setting Sun" by Calin Kim